CrossFit, as an organization, has made many mistakes. This is well documented with a quick google search “toxic culture of CrossFit.” With the previous ownership, no formal position was taken with diversity, equity, and inclusion. In June of 2020, Myriad Health + Fitness removed ourselves from being a CrossFit Affiliate as we did not want to support an organization that did not align with our values.

We left CrossFit after 9 years as an Affiliate and would not return until these demands were met:

Then in August of 2020, a new ownership team (Eric Roza) bought CrossFit from the previous owner.  Changes were made.  Visions were altered.  Our demands were met.  CrossFit became an organization that we could again support.  In February of 2021, we came back to CrossFit on a probationary status and we are happy to report, CrossFit has, and will continue to do the work to make fitness more inclusive. Visit crossfit.com and click on Inclusion to learn more about the actions that CrossFit is taking.

CrossFit DEI Council – These council members come from all over the CrossFit ecosystem and will work with the leadership team to help ensure diversity, equity, and inclusion is woven into the fabric of CrossFit.

“By bringing these discussions into the space, we’re turning the space into a place that can, in turn, impact outside of the four walls of a CrossFit box, because people have an understanding that these issues exist and that they have the ability, in some capacity, to help fix these problems.” 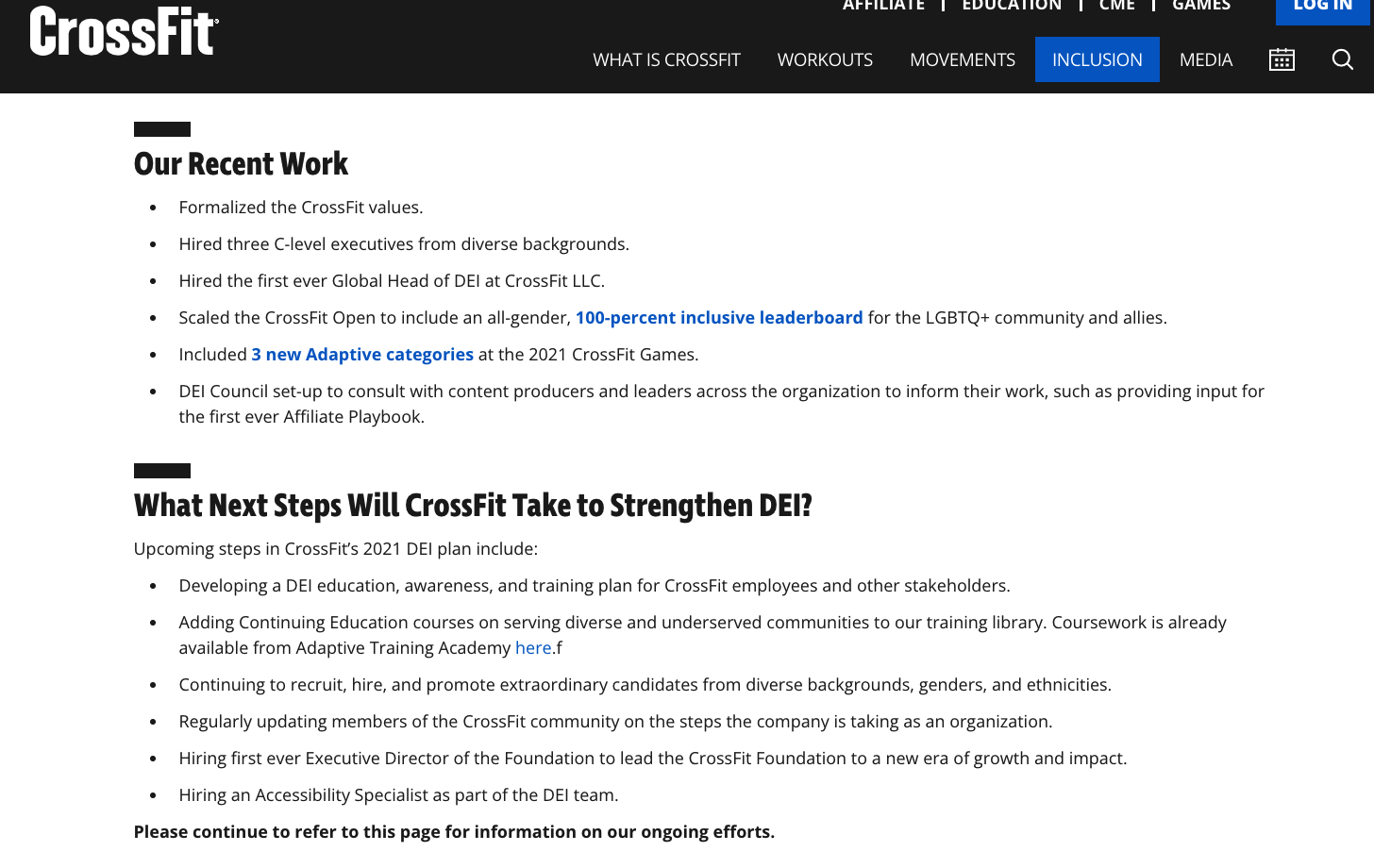 We invite you to take a moment to learn more about black CrossFitters and athletes making positive changes in their communities.

At Project Onyx, our goal is to eliminate the barriers that underrepresented and underserved people of color face by providing affordable and accessible health and fitness services, mentorship for our youth and future professionals, and empowering our communities to become more culturally proficient, healthy, and active.

ULIFTU:
UliftU is a 501c3 nonprofit. Our mission is to empower currently incarcerated and returning citizens to be professional Fitness Coaches. Through our certification program, our graduates are paid a living wage to run classes for underserved groups in an effort to fundamentally change outcomes related to chronic disease in Philadelphia.

Coaching After Incarceration: Free To Lead

Talk with a coach about your goals, get the plan to achieve them.
Start Now

fill out the form below to get started!

Take the first step towards getting the results you want!

learn more about our membership options

Fill out the form below to get started.